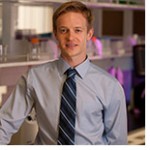 School of Biological Sciences Professor Maksim Plikus (Developmental and Cell Biology) and Mathematics Professor Qing Nie have discovered that a critical cell signaling mechanism involved in developing body tissues also serves a role in regulating how hair grows in different areas of skin. Professor Plikus now seeks to home in on additional molecules that fine-tune part of the signaling mechanism and identify compounds to treat hair growth irregularities such as male pattern baldness. Their study appears in the journal eLife.

Professor’s Plikus and Nie utilized the first mouse model of poor hair growth to address their questions on skim communication. Previous studies by other researchers had shown that Wnt and BMP signals can regulate hair growth in certain body areas, but no one had determined how different regions of the skin communicate to coordinate hairs properties like length and thickness across body borders. Their collaborative efforts, combining expertise in mathematics and developmental biology, helped to shed light on the importance of Wnt-BMP signaling across all the body.

In describing the importance of their results, Professor Plikus said, “In analogy with languages spoken in two neighboring countries, it was unclear how the back skin ‘talks’ with the belly skin to coordinate the tasks of growing hairs. We showed that although different signaling ‘dialects’ may exist between belly and back skin, for instance, all hairs can understand one another through the use of similar words and sentences.”