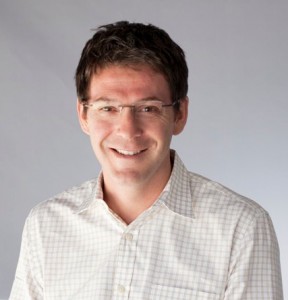 The team, led by Timothy Bredy, UCI associate professor of neurobiology & behavior, discovered that chemical modifications that add methyl groups to RNA, a process known as methylation, could strengthen memory formation.  Results appear June 22 in the Journal of Neuroscience.

The modification of RNA by methylation can affect how it functions within a cell. When the researchers reduced the brain levels of an enzyme that removes methyl groups from RNA, the result was a boost in memory formation.

“By genetically silencing an enzyme in a specific region of the brain involved in memory and adaptive behavior, we saw much better memory recall in mice,” said Jocelyn Widagdo, postdoctoral fellow and co-lead author of the study from the Queensland Brain Institute in Australia.

To investigate the possible role of RNA methylation in the formation of new memories, Bredy and his colleagues searched the entire genome for methylated RNA in brain tissue from mice recently trained on a learning task. They found widespread changes in a recently identified epigenetic mark, N6-methyladenosine (m6A), on RNA when new memories were formed. Epigenetic processes are believed to be the molecular link between our genes and the environment, such as during learning.

“Our findings show that memory processing is not just influenced by epigenetic control over our DNA but also occur at the level of RNA, variations in which act like a messenger in our cells,” said Bredy. “m6A shows enormous potential because the process can rapidly fine-tune our gene function and expression, which is often impaired in a variety of neurological disorders.”

According to the researchers, a next step would be for them to determine what happens to the process during other forms of learning, and whether the network is disrupted in memory-related disorders such as post-traumatic stress disorder or phobia.

About the University of California, Irvine: Founded in 1965, UCI is the youngest member of the prestigious Association of American Universities. The campus has produced three Nobel laureates and is known for its academic achievement, premier research, innovation and anteater mascot. Led by Chancellor Howard Gillman, UCI has more than 30,000 students and offers 192 degree programs. It’s located in one of the world’s safest and most economically vibrant communities and is Orange County’s second-largest employer, contributing $5 billion annually to the local economy. For more on UCI, visit www.uci.edu.

Media access: Radio programs/stations may, for a fee, use an on-campus ISDN line to interview UCI faculty and experts, subject to availability and university approval. For more UCI news, visit news.uci.edu. Additional resources for journalists may be found at communications.uci.edu/for-journalists.