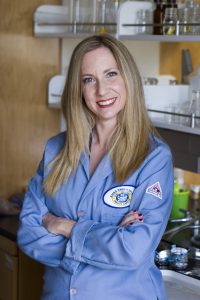 Kathleen K. Treseder, Ph.D., professor and vice chair in the department of Ecology and Evolutionary Biology, was selected as the U.S. scientist for the Inter-American Network of Academies of Sciences (IANAS) as part of the Women for Science Program. The IANAS was created to support the strengthening of science and technology as a tool for advancing research and development in the Americas.

Professor Treseder’s research focuses on improving the predictive value of climate change models using information from feedbacks governed by fungi.  She completed her doctorate at Stanford University and worked as a postdoctoral scholar at UC Riverside. Professor Treseder’s research often requires her and her team to travel outside of the U.S. As such, she has conducted studies in Bavaria, Costa Rica, Guyana, and Panama, and the data from her research have been published in over 80 peer-reviewed publications in journals such as Nature and Science.

Professor Treseder left the staff at IANAS with some informative words for their readers. “I would tell young women interested in science to go for it, to take their place in the world of science. You can do it. Don’t be shy, there are lots of opportunities. Although science may seem very daunting and difficult to break into, there are many programs out there like Girls Inc. and Techtrek specifically to help bring girls and women into science.”