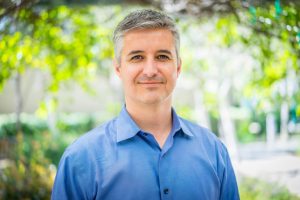 Marcelo A. Wood, Chair and Professor of the Department of Neurobiology and Behavior, has been being named a Fellow of the American Association for the Advancement of Science (AAAS). Each new inductee to AAAS is selected based on their distinguished efforts to advance science and its application. Our new BioSci AAAS Fellow joins eight other colleagues from UCI who have received this distinguished honor for 2019. The honorees will be formally announced Nov. 29 in the AAAS News & Notes section of the journal Science.

About the American Association for the Advancement of Science: The AAAS is the world’s largest general scientific society and publishes the journals Science (www.sciencemag.org), Science Translational Medicine, Science Signaling, Science Advances, Science Immunology and Science Robotics. Science has the largest paid circulation of any peer-reviewed general science journal in the world. The nonprofit was founded in 1848 and encompasses nearly 250 affiliated societies and academies of science, serving 10 million individuals. The AAAS is open to all and fulfills its mission to “advance science and serve society” through initiatives in science policy, international programs, science education, public engagement and more. For the latest research news, log on to EurekAlert! (www.eurekalert.org), the premier science news website, a service of the AAAS. For more information, visit www.aaas.org.