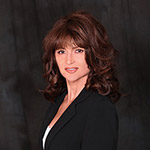 Anna Walsh joined the Biological Sciences School in 1976 as an undergraduate. With wide-eyed enthusiasm and excitement, she dedicated herself to the rigorous core curriculum and research program and quickly gained creative critical thinking and problem solving skills that would last a lifetime.

As an undergraduate, Anna actively participated in both laboratory and medical research through the Bio Sci 199 Research Program, which gave her the opportunity to work with pioneering professors in biological and medical sciences. “This was the game changer for me!” shared Anna.

In the laboratory and under the direction of Professor Herbert Killackey, Neurobiology and Behavior, she assisted in research on mice facial vibrissae and report findings. She also worked with Dr. Houchang Modanlou, Clinical Professor of Pediatrics, for a UCI study on neonatal maternal transport to a regional center and correlated findings, which was later published in the American Journal of Obstetrics and Gynecology. Additionally, Anna participated in the Excellence in Research program and after presenting her clinical research to peers and faculty, was awarded Honors in Research at graduation which made a huge impact in her life.

“During this process, the fundamental skills of problem solving, effective communication and analysis while under extreme time constraints, along with the ability to persevere in a vigorous academic program, gave me the fortitude essential to succeed with the highest standards of excellence,” shared Anna.

Incidentally, Anna met her husband (Dr. Patrick Walsh, Neonatologist) of 35 years, through the UCI medical clinical research program, who later proposed to her in Aldrich Park. They were married during her senior year and prepared to welcome their first child by commencement the following year. “My greatest success is our beautiful family which includes my husband, our two sons, our daughter, grandson and granddaughter who all happily reside in the city of Irvine!” added Anna.

Anna went on to study law, contracts and investments and became a professional businesswoman specializing in real estate investments. She is a member of numerous California and National Realtor organizations and is a local advisor for Women’s Council of Realtors. She has served on the board of directors for many non-profit organizations and hospital foundations and currently represents the School of Biological Sciences Alumni Association on the Bio Sci Alumni Club Steering Committee.

“I take great pride in doing an outstanding job and making a difference!”