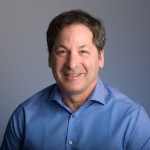 Professor Michael Leon, Neurobiology and Behavior and Associate Dean for Undergraduate Studies, has been awarded a 2014 Dean’s Triumvirate Award along with Professor Joseph Donnelly, Department of Pediatrics and Professor Frederic Ehlert, Department of Pharmacology. The $50,000 award is for a study of the genetics and pharmacology of autism.

The Dean’s Triumvirate Grant is awarded annually by the dean of the School of Medicine through the Institute for Clinical and Translational Science. The award was established in 2010 to promote novel collaborations between School of Medicine researchers and those in other UCI schools.