Home News Brief Faculty Recognition: The Most Eminent Psychologist of the Modern Era 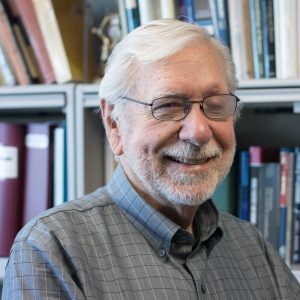 Distinguished Professor James L. McGaugh (Neurobiology and Behavior), a founding professor and the first chair of the department of Neurobiology and Behavior and co-founder of the Center for the Neurobiology of Learning and Memory, has been recognized for his lifelong contributions to Neuroscience.  The American Psychological Association has published a list recognizing Professor McGaugh as the 42nd most eminent psychologist of the modern era.  The list was derived using scholarly measurments, including citations of work and number of major scientific awards, and focused on careers post World-War II.  Professor McGaugh has made a host of great discoveries into the mechanisms governing learning and memory throughout his career and is truly deserving of this recognition.