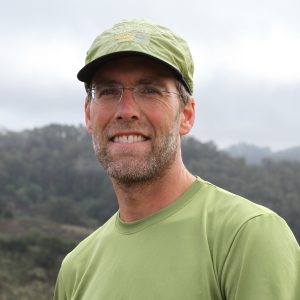 Professor Kailen A. Mooney, Ecology and Evolutionary Biology, is an expert plant and environmental biologist who holds a joint appointment at the Rocky Mountain Biological Laboratory in Colorado.  Recent work from Professor Mooney’s laboratory, led by William K. Petry, Ph.D., has identified that climate change over the past four decades has significantly altered the sex ratios of the plant Valeriana edulis.  This first-of-its-kind study highlights the ecological effects of climate change on the sex of certain species.

Professor Mooney’s group sought to determine whether climate change differentially affects sex ratios in species, using the dioecious (meaning individuals are either male or female) plant Valeriana edulis, found in the Colorado Rocky Mountains.  The plants natural habit varies in elevation, which results in a natural imbalance in the sexes with more males found at lower elevations where it is warmer and drier.  Using data on the Valeriana population, collected over 4 decades, Mooney and Petry found that the climate that Valeriana experience at higher elevations is becoming drier and warmer, resulting in more males being produced.

Other researchers that contributed to the study were: Judith Soule, Amy Iler, Ana Chicas-Mosier and David Inouye of the Rocky Mountain Biological Laboratory and Tom Miller of Rice University.  Results from the study were published July 1st in Science.