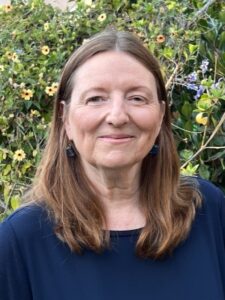 Irvine, Calif., July 13, 2022 — Better treatments for some of cancer’s deadliest forms could be closer due to a University of California, Irvine-led discovery about how a certain protein is activated in tumor cells. The finding spearheaded by researchers with the School of Biological Sciences could eventually lead to therapy possibilities for the especially dangerous melanoma and pancreatic adenocarcinoma, as well as the most common type of childhood brain cancer and adult skin cancer. Their paper appears in Life Science Alliance.

The discovery concerns the GLI1 protein, which is important in cell development but has also been found turned on in various cancers. GLI is typically activated by the Hedgehog signaling pathway, known as HH. However, scientists have known for about a decade that crosstalk, or interaction, between HH and the mitogen-activated protein kinase pathway called MAPK has a role in cancers.

“In some cases, proteins in one pathway can turn on proteins in another,” said first author A. Jane Bardwell, Ph.D.  “It is a complex system. We wanted to understand the molecular mechanism that leads to GLI1 being activated by proteins in the MAPK pathway.” 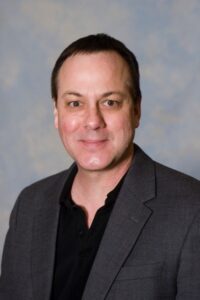 GLI1 normally binds tightly with a protein called SUFU. That protein suppresses GLI1, preventing it from penetrating cell nuclei and turning on genes.  The scientists examined seven sites on the GLI1 protein that could be phosphorylated, meaning a phosphate group is transferred onto it.

“We identified three that can be phosphorylated and are involved in weakening the binding between GLI1 and SUFU,” said Developmental and Cell Biology Professor Lee Bardwell, whose laboratory conducted the project. “This process activates GLI1, enabling it to enter the nucleus of cells, where it can cause uncontrolled growth resulting in cancer.” He noted that phosphorylation of all three sites causes a significantly higher level of GLI1’s escape from SUFU than if just one or even two of them receive phosphate groups.

The discovery is a significant step toward more effective and personalized cancer treatments. “If we can understand exactly what is going on in a certain cancer or particular tumor, it could be possible to develop a drug specific to a specific tumor or individual patient,” Professor Bardwell said. “It would allow us to treat these diseases without the toxicity of basic chemotherapy.”  In addition, many tumors from the same cancer have different mutations among individuals. Eventually, it may be feasible to screen tumors to develop the best approach for each.

The research was performed in collaboration with the Department of Microbiology and Molecular Genetics, School of Medicine, UCI and the Department of Dermatology, Stanford University School of Medicine, Stanford University. It was funded by the National Institute of General Medical Sciences, the National Cancer Institute, the UC Cancer Research Coordinating Committee, and the Damon Runyon Cancer Research Foundation.