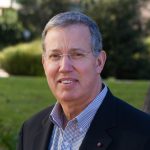 With malaria continuing to exact a severe toll in tropical and subtropical areas, UCI is taking a leadership role in fighting it through the newly created UCI Malaria Initiative. Geneticist Anthony A. James, Ph.D. (Donald Bren Professor of Molecular Biology and Biochemistry and Microbiology and Molecular Genetics) is leading the endeavor, which is funded by a $2 million grant from the Bill & Melinda Gates’ Foundation and additional money from the National Institutes of Health and other sources.

Currently, there are no effective drugs to stop malaria’s spread. The initiative’s focus is on further developing and one day testing genetically modified mosquitoes to combat the disease. It will bring together experts in molecular biology, entomology, public health, community engagement and regulatory control to work on this goal.

Professor James was the first to create a genetically modified mosquito, in 1998. He has since refined his efforts and created a vastly superior genetically altered mosquito using the revolutionary genome editing method CRISPR/Cas9.

There were 212 million cases of malaria and 429,000 malaria-related deaths in 2015, with more than 90 percent of the latter occurring in Africa, according to WHO.