Home News Brief Will A Trip to Mars Lead to Pre-Mature Infertility? 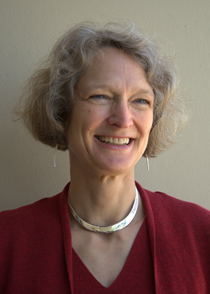 Sending astronauts on deep space missions is a future goal of both NASA and the private sector.  Unfortunately, little is known about the ramifications of long-term exposer to cosmic radiation on most physiological functions, including reproduction. Professor Ulrike Luderer (Medicine and Developmental and Cell Biology) has discovered that prolonged exposure to high linear energy transfer (LET) radiation, a type of radiation that is also found in cosmic radiation, results in premature ovarian failure. The results from Professor Luderer’s study may help guide future research efforts to protect female astronauts from irreversible injury due to long-term space flight.

Women are born with all the oocytes (eggs) they will possess throughout their lives.  Once menopause has started, a woman will have exhausted her oocyte supply and no longer be able to get pregnant.  Ovarian failure is similar to menopause, though oocyte production and release is only severely compromised and some chance of pregnancy still remains.  The rate at which ovarian failure occurs can vary depending on many factors, including exposure to environmental toxins.  Professor Luderer and her colleagues wanted to determine if high-LET radiation would cause a premature ovarian failure in mice.  Their results show for the first time that exposer to high-LET radiation can damage the female reproductive system, causing premature ovarian failure, and raises concerns for female astronauts and patients exposed to clinical uses of high-LET particles (like during cancer treatment).

Birendra Mishra and Laura Ortiz also contributed to the study.