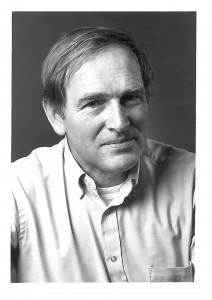 It is with great sadness that I inform you of the passing of our esteemed colleague Dr. Robert K. Josephson following a three-month battle with lymphoma. Dr. Josephson was an Emeritus Professor professor in the Departments of Neurobiology and Behavior and Ecology and Evolutionary Biology, and was a beloved and well respected colleague.

Professor Josephson received his Ph.D. in Zoology from UCLA in 1960. Prior to moving to UCI, he worked as an Assistant Professor at the University of Minnesota and Case Western Reserve University. He arrived at UCI in 1971, joining the Departments of Psychobiolgy (now Neurobiology and Behavior) and Developmental and Cell Biology.  He would later transfer to the Department of Ecology and Evolutionary Biology in 1989. As a faculty member in the Biological Sciences School, Professor Josephson held a number of positions during his career, including serving as the Chair of the Department of Psychobiology from 1981 to 1984. Professor Josephson was also dedicated to volunteering his time to both the university and community at large, and served on numerous university committees, national committees, and editorial boards.

His research centered on understanding the neural control of muscle contraction. More specifically, Professor Josephson was interested in how muscle contraction worked, as well as the neurotrophic control of muscle properties. He was a pioneer in the use of computers to model animal behavioral responses. He worked with a variety of experimental models, including insects and primitive metazoan animals, and was a key member of a tremendously influential research group at the Biological Sciences School in the late 60’s and 70’s that worked on the hydra marine animal. During part of his early career, Professor Josephson worked on the neurophysiology of the hydra, and together with his colleagues, established the framework for modern hydra biology. Their work helped to provide innovative solutions to some of society’s most daunting medical challenges, and the body of Professor Josephson work includes over 90 research articles.

Professor Josephson retired on from UCI in 2005 after a long and successful research career. He was a dedicated instructor and mentor, compassionate and committed to the success of the students and junior researchers under his guidance.

Professor Josephson was an enthusiastic boater/sailor, biker, fisherman, seafood chef, community supporter, and homeowner.  He is survived by his wife Trudy Josephson, and three children, Beth, Sue and Eric, and seven grandchildren from his first wife, Ginny.