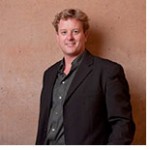 In a recent study led by Neurobiology and Behavior Professor Mathew Blurton-Jones and UCI Institute for Memory Impairments and Neurological Disorders Associate Researcher Wayne Poon, a team of researchers devised a way to reprogram adult skin cells into stem cells and then create microglia, a type of brain cell. Microglia, which perform many important immune functions in the brain and help to maintain neuronal function, become over activated and inflamed in many neurological diseases, including Alzheimer’s.

Turning skin into brain may sound like something from science-fiction movie. However, UCI researchers are using this process to learn more about how Alzheimer’s disease develops. To create the microglia, the researchers reprogrammed the skin cells into stem cells that are pluripotent, meaning they can become any cell type in the body. After exposing the pluripotent cells to factors mimicking natural microglia development, the researchers confirmed that they had produced cells that looked and behaved much like natural microglial cells.

Patients at the UCI Alzheimer’s Disease Research Center donated the skin cells. By knowing the donors’ DNA code, the researchers are now able to look at how an individual’s genetics could change the activity of their microglia and make them more or less susceptible to developing Alzheimer’s.

“Our study provides a method for conducting multiple rounds of experiments in a relatively short period of time and to use human cells to better understand the role of microglia and inflammation in Alzheimer’s,” said Edsel Abud Ph.D., first author and former M.D./Ph.D. student of Professor Blurton-Jones.

The study initially appeared in the April issue of Neuron.