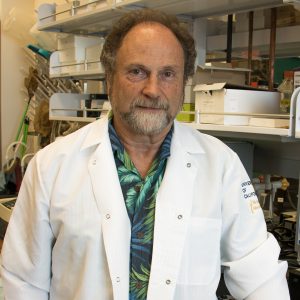 “The reality of using Duet is that it isn’t just going to kill mosquitoes,” began Blumberg, it’s going to kill other insects, including bees and other pollinators.  Aerial spraying of this toxic pesticide over all of Orange County for mosquito control is likely to harm more than the intended target.  Bees and aquatic life are particularly at threat.”

Duet is a known toxin to humans and animals, particularly to aquatic animals.  “Neither of the main chemical component of Duet are recommended for direct exposure to humans and one components, sumithrin, is considered to be an endocrine disruptor (a chemical that can disrupt hormonal intercellular signaling pathways) by the European Commission,” says Blumberg.

Professor Blumberg ends the commentary by suggesting less environmentally harmful options that should be considered before using a pesticide like Duet, such as mosquito traps and eliminating areas of standing water.  He also stressed the importance of educating the public on ways to help reduce mosquito numbers and the spread of mosquito-borne diseases.