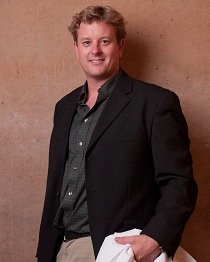 Neurodegenerative diseases like Alzheimer’s share a common feature characterized by the buildup of proteins in and around brain cells. Once accumulated, the proteins can impair normal brain cell function leading to the collection of clinical symptoms known as dementia. Using a mouse model of Dementia with Lewy bodies (DLB), the second-most common type of age-related dementia after Alzheimer’s disease, Professor Mathew Blurton-Jones and doctoral student Natalie Goldberg recently tested the hypothesis that stem cell transplantation could overcome the clinical symptoms of DLB. Their study found that a one-month treatment with mouse neural stem cells (mNSCs) significantly improved the physical and cognitive impairments common to the DLB mouse model.

Professor Blurton-Jones’s group found that the improvements in the mNSC treated mice depended in large part on the ability of the mNSCs to produce the protein Brain-derived neurotrophic factor (BDNF). While delivery of BDNF alone had some beneficial effects, the effects were less then those observed by mNSC transplantation.

These results imply that transplantation of BDNF-producing neural stem cells may offer a new approach for treating DLB, and Professor Blurton-Jones and Natalie are cautiously optimistic about one day translating this therapeutic approach into the clinic.

The study, published in Stem Cell Reports, is available to download now.