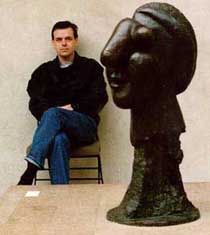 Monkeypox has been spreading globally since May, the first time it has ever been widely found outside of Central and West Africa. News of another disease outbreak coming on the heels of the COVID pandemic has jangled the nerves of many. A BioSci expert on pox viruses says keeping a close eye on monkeypox is vital, but there’s reason to believe the incidence could remain relatively low.

While rarely fatal, monkeypox can produce very painful rashes as well as fever and swollen lymph nodes. It is a zoonotic virus, meaning it has jumped from animals to people, among whom it passes through skin-to-skin contact.

“A problem is once a virus has established itself in humans, it is very hard to eradicate,” said Molecular Biology and Biochemistry Professor Paul Gershon, who has specialized in pox viruses for most of his career. “While zoonotic viruses initially don’t pass from person to person very easily, as they mutate, they can become much more transmissible. We are seeing this now with the COVID-19.”

Another concern is whether the monkeypox virus could leap back to animals from humans, creating a new reservoir for the disease. “Historically, we haven’t monitored animals very closely and the virus might find a new host species without our promptly knowing it,” Professor Gershon said. “Monkeypox could remain benign among animals for a period of time, but then mutate into something more virulent, years or even decades from now. At that point, we might not notice that it has started causing animal deaths until it jumps into humans with more serious consequences. This could be comparable to what happens with rabies, which circulates in wild animals, but is almost always fatal to people unless they are treated quickly.”

Pox viruses are among the largest and most complex of those infecting mammals. “The good news is that when you have a large, complicated virus, it is easier to develop vaccines and drugs because there are more targets to attack,” Professor Gershon said. He noted that the first vaccine ever developed and history’s most successful was against smallpox, which it eradicated. Because the smallpox vaccine can immunize against a number of other pox viruses, developing a monkey pox vaccine has not been necessary, although supply issues have arisen due to the sudden increase in need.

“It is hard to predict what will happen with the monkeypox virus over time,” Professor Gershon said. But he added that in recent days, data indicates the rate of spread may have started to decelerate “and when that happens, it becomes much easier to contain.”