Inhibitors could form basis of new treatments for such diseases as MRSA, anthrax 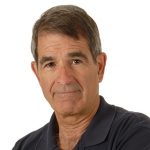 Irvine, Calif., Nov. 25, 2013 — Inhibitor compounds developed by UC Irvine structural biologists and Northwestern University chemists have been shown to bolster the ability of antibiotics to treat deadly bacterial diseases such as MRSA and anthrax.

The discovery by UC Irvine’s Thomas Poulos and Northwestern’s Richard Silverman builds on previous work in which they created compounds that inhibit an enzyme called neuronal nitric oxide synthase. These have demonstrated the potential to treat neurodegenerative diseases by blocking overproduction of cell-killing nitric oxide within neurons.

Now the researchers are learning that the compounds may have another important function. After Poulos and Silverman read a study suggesting that nitric oxide synthase helped pathogenic bacteria resist antibiotics, their laboratory teams paired the inhibitor compounds with currently used antibiotics to see if they could suppress NOS – and increase the antibiotics’ effectiveness.

“We found that NOS inhibitors were extremely successful at inhibiting neurodegeneration in an animal model, and if they could be successful combating other diseases, we wanted to identify that as quickly as possible to help other people,” said Poulos, Chancellor’s Professor of biochemistry, chemistry and pharmaceutical sciences at UC Irvine.

The researchers tested their compounds on Bacillus subtilis, nonpathogenic bacteria very similar to Staphylococcus aureus (known as MRSA), and Bacillus anthracis, which causes anthrax. Bacteria treated with the NOS inhibitors and an antibiotic were killed off more efficiently and completely than bacteria treated with only an antibiotic. The scientists then compared the three-dimensional structure of the inhibitors bound to the bacterial NOS with those bound to the neuronal NOS and determined that they bonded quite differently.

“Now that we know which region of the NOS to target, we should to be able to develop compounds that selectively bind to bacterial NOS,” Poulos said, adding that his team will also need to try out those compounds in animal models.

The study, published in the Oct. 31 issue of Proceedings of the National Academy of Sciences, was supported by National Institutes of Health grants GM57353 (to Poulos) and GM49725 (to Silverman).

About the University of California, Irvine: Located in coastal Orange County, near a thriving employment hub in one of the nation’s safest cities, UC Irvine was founded in 1965. One of only 62 members of the Association of American Universities, it’s ranked first among U.S. universities under 50 years old by the London-based Times Higher Education. The campus has produced three Nobel laureates and is known for its academic achievement, premier research, innovation and anteater mascot. Led by Chancellor Michael Drake since 2005, UC Irvine has more than 28,000 students and offers 192 degree programs. It’s Orange County’s second-largest employer, contributing $4.3 billion annually to the local economy.

Media access: Radio programs/stations may, for a fee, use an on-campus ISDN line to interview UC Irvine faculty and experts, subject to availability and university approval. For more UC Irvine news, visit news.uci.edu. Additional resources for journalists may be found at communications.uci.edu/for-journalists.