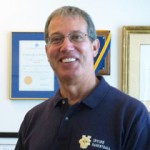 For nearly 20 years, Professor Anthony A. James has focused on engineering anti-disease mosquitoes. His anti-dengue fever models have been tested in cage trials in Mexico. In 2012, he helped show that antibodies that impair the parasite’s biology adapted from the immune systems of mice can be introduced into mosquitoes. Using a groundbreaking gene editing technique, Professor James and colleagues have created a strain of mosquitoes capable of rapidly introducing malaria-blocking genes into a mosquito population through its progeny, ultimately eliminating the insects’ ability to transmit the disease to humans.

To create this breed, Professor James and researchers from UC San Diego created a genetic “cassette” that, when injected into a mosquito embryo, targeted a highly specific spot on the germ line DNA to insert the anti-malaria antibody genes. They inserted a DNA element into the germ line of Anopheles stephensi mosquitoes that resulted in the gene preventing malaria transmission to an astonishing 99.5 percent of offspring. A. stephensi is a leading malaria vector in Asia.

Professor James notes that further testing will be needed to confirm the efficacy of the antibodies and that this could eventually lead to field studies. “This is a significant first step,” said James. “We know the gene works. The mosquitoes we created are not the final brand, but we know this technology allows us to efficiently create large populations.”

Results appear this week in the early online edition of Proceedings of the National Academy of Sciences.