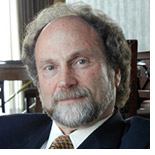 Professor Bruce Blumberg, Developmental and Cell Biology, is on the review board for the Factor GMO (genetically modified organism) study, which is called one of the world’s largest and more comprehensive long-term study on genetically-modified (GM) crops. This study which aims to provide definitive evidence regarding the safety (or hazard) of one type of GMO food, Roundup-ready corn, and the herbicide (Roundup, aka glyphosate) that is used together with it. Agricultural use of glyphosate has increased from approximately 15 million pounds annually in 1996 (when Roundup-ready crops were first approved and planted commercially) to 238 million pounds annually in the U.S., and exposure is pervasive in the population.

Despite this high amount of use, the unpublished studies investigating the safety of Roundup and Roundup-ready corn (upon which EPA regulations are based) were performed by the manufacturer (a conflict of interest) in the 1970s and 1980s. The Factor-GMO study is designed to meet and exceed all Organisation for Economic Co-operation and Development (OECD) guidelines for toxicity, carcinogenicity and reproductive outcomes and the results will be available for public scrutiny.

Several large news organizations recently asked Professor Blumberg to share his expertise on the study, which can be read here:

The Daily Mail: World’s largest inquiry into safety of GM crops will use thousands of rats and cost £15.6 million